If Creative Directors were a member of a band I think they would play bass. Why? It’s relatively easy to learn to play bass. But it’s rare that people put in the time to become exceptional. Most people don’t remember the name of the bassist and that’s okay. Bassists aren’t in it for the glory, but if they do their job… the rhythm is gonna get you.

Look for a fit for in the areas of culture, character and competency.

Not an original thought, but pretty tried and true.

I have spent the better part of the last two decades working on staff at churches. I tried to leave a couple of times, but “just when I thought I was out, they pull me back in” which actually is good news for me because I would not be satisfied, long-term, if I wasn’t able to spend the better part of my day working for the cause of the gospel.

And truthfully, I am grateful for the opportunity and enjoy my life tremendously.

But how does one keep on keeping on and not “BURN OUT?”

I find that term funny. “Burn out.” We toss it around to describe someone who has had enough, became bitter, given up, left the clubhouse, has senior-itis, or seems to keep one eye on the exit at all times.

Some problems seem best solved by throat-punching a co-worker, but just like any other job that really wouldn’t solve anything.

So how do you prevent this “burnout” that manifests itself like apathy and sometimes depression? Is there a secret sauce?

The Incredible Hulk in Marvel’s Avengers movie solves the issue of how he controls his rage by ignoring all the other plots or story lines of his past and says the line “I”m always angry”. Is there something like that for us? “I’m always burnt out?” Awesome line, but… Will it work? The solution for burnout is to always be burnt?

I’ve learned a lot from experience, mostly what not to do, and the common thread that runs through my experiences that kept me from burning out was my attitude. Keeping your attitude in check may be the closest thing to “magical burnout relief cream” that we have. But keeping your attitude correct is more like a constant discipline than a quick tune-up.

You probably just decided to stop reading this article…

So next time you feel like turning into the Hulk and smashing/throat punching, consider this:

Whether you work at a church or another organization, how do you keep your attitude in check? Leave a comment with your best anti-burnout-secret.

We Write and Look Good

END_OF_DOCUMENT_TOKEN_TO_BE_REPLACED 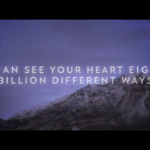 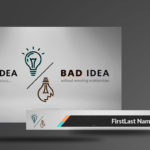